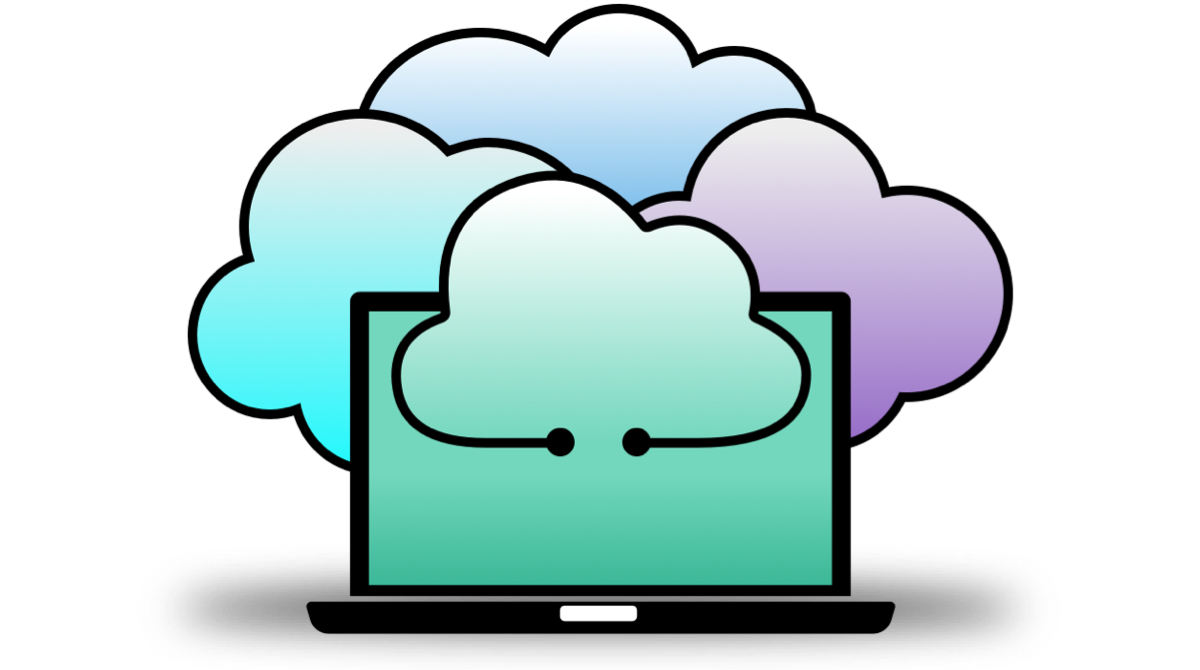 Cloud computing is one of the hottest catchphrases in business today. It has transformed the way organizations store, access and share information, collaborate and manage computing resources. With the advent of the internet, cloud computing has provided new ways of conducting business by allowing companies to rise above the conventional on-premises IT infrastructure.
Cloud computing offers modern businesses flexibility, efficiency, scalability, security, increased collaboration and reduced costs. While the COVID-19 pandemic has accelerated cloud adoption, the reliance on cloud technologies is set to continue in 2022, especially with hybrid work taking center stage. So, whether an organization already uses cloud services or is planning to in the coming year, it is imperative to understand the basics of cloud computing in order to take full advantage of cloud-powered solutions.
In this blog, we will explore what exactly cloud computing is, how it works, its benefits and disadvantages, and how companies can protect their SaaS data better.

What is cloud computing?

According to ZDNet, “cloud computing is the delivery of on-demand computing services — from applications to storage and processing power — typically over the internet and on a pay-as-you-go basis.”
In simplest terms, the cloud refers to the internet. When organizations store data in virtual data centers or access programs using an internet connection instead of relying on their device’s hard drive or on-premises IT infrastructure, it means they are operating in the cloud.
Cloud computing can be as simple as “servers in a third-party data center” or entire serverless workloads that are infinitely scalable and geo-redundant. Cloud servers and services are scalable and elastic.

How does cloud computing work?

Cloud computing is the delivery of computing resources, such as IT infrastructure or data center over the internet. This model allows businesses to rent storage space or access software programs from a cloud service provider, instead of building and maintaining their own IT infrastructure or data center. One major benefit of using cloud computing services is that companies pay only for the resources they use.
To better understand its technical aspects, cloud computing processes can be divided into frontend and backend. The frontend component allows users to access data and programs stored in the cloud through an internet browser or by using a cloud computing application. The backend consists of servers, computers and databases that store the data.

According to Technology Review, the phrase “cloud computing” was first mentioned in 1996 in a Compaq internal document.
The year 1999 was a milestone for cloud computing when Salesforce became the first company to deliver enterprise applications over the internet. This was also the beginning of Software-as-a-Service (SaaS).
In 2002, Amazon launched Amazon Web Services (AWS), which was another significant development in cloud computing. Its suite of cloud-based services included storage, computation and even human intelligence. In 2006, Amazon launched Elastic Compute Cloud (EC2), allowing businesses as well as individuals to rent virtual computers and run their own computer applications.
The year 2009 saw yet another giant milestone in cloud computing as Google Apps (now Google Workspace) started to provide browser-based enterprise applications. In the same year, Microsoft entered the cloud computing arena with Microsoft Azure, and soon companies like Oracle and HP followed suit.

What are examples of cloud computing?

This company is a New York-based Infrastructure-as-a-Service (IaaS) provider for software developers. Businesses use DigitalOcean to deploy and scale applications that run simultaneously across multiple cloud servers.

Microsoft Azure is a fine example of a Platform-as-a-Service (PaaS) that supports the entire application development lifecycle, right from development to deployment and beyond. Azure provides a plethora of tools, languages and frameworks to developers.

Dropbox is a cloud-based file hosting service that allows users to store and sync files to their devices so they can access them from anywhere. It also allows users to share large files, including images and videos via the internet, facilitating effective collaboration.

What is the importance of cloud computing?

Before cloud computing came into existence, companies were required to download applications or programs on their physical PCs or on-premises servers to be able to use them. For any organization, building and managing its own IT infrastructure or data centers is a huge challenge. Even for those who own their own data centers, allocating a large number of IT administrators and resources is a struggle.

The introduction of cloud computing and virtualization was a paradigm shift in the history of the technology industry. Rather than creating and managing their own IT infrastructure and paying for servers, power and real estate, etc., cloud computing allows businesses to rent computing resources from cloud service providers. This helps businesses avoid paying heavy upfront costs and the complexity of managing their own data centers. By renting cloud services, companies pay only for what they use such as computing resources and disk space. This allows companies to anticipate costs with greater accuracy.

Since cloud service providers do the heavy lifting of managing and maintaining the IT infrastructure, it saves a lot of time, effort and money for businesses. The cloud also gives organizations the ability to seamlessly upscale or downscale their computing infrastructure as and when needed. Compared to the traditional on-premises data center model, the cloud offers easy access to data from anywhere and on any device with internet connectivity, thereby enabling effective collaboration and enhanced productivity.

What are the most common uses of cloud computing?

From startups to large corporations and government agencies, every organization uses the cloud to access technology services to streamline workflows, improve communication, productivity, service delivery and more. Listed below are some of the most common uses of cloud computing.

What are the different types of cloud computing?

There are four main types of cloud computing: public, private, hybrid and multicloud.

VMware defines public cloud as “an IT model where on-demand computing services and infrastructure are managed by a third-party provider and shared with multiple organizations using the public internet.” Cloud service providers offer various services like Infrastructure-as-a-Service (IaaS), Platform-as-a-Service (PaaS) and SaaS to individuals and businesses who rent these services on a monthly or pay-per-use basis. Amazon Web Services (AWS), Microsoft Azure, Google Cloud, Alibaba Cloud and IBM Cloud are the top five cloud providers.

A private cloud or an internal cloud is where the IT infrastructure (hardware and software resources) is solely dedicated to a single organization, unlike a public cloud where the computing resources are shared among multiple tenants. A private cloud environment is ideal for businesses for whom meeting regulatory requirements, security and control are a priority. Traditionally, a private cloud is hosted at a company’s data center and uses its own hardware. However, an organization may outsource hosting to a third-party provider who remotely manages the computing resources.

Multicloud is the practice of using a combination of clouds — two or more public or private clouds, or a combination of both, from several cloud providers. A multicloud approach allows businesses to select the best services from different cloud vendors based on their budgets, technical requirements, geographic locations and so on. This model enables businesses to use different clouds for different purposes. For instance, an organization can use one cloud for software development and testing, another cloud for data backup and disaster recovery, and other for data analytics.

What are the three different types of cloud computing services?

IaaS is a cloud computing service where cloud providers deliver and manage virtualized computing infrastructure over the internet. Instead of creating an in-house IT infrastructure, businesses can access essential resources, such as operating systems, networking, storage space, development tools, etc., on demand. This saves hardware and software costs as well as minimizes the burden of IT staff.

PaaS allows businesses to concentrate on the development, deployment and management of software applications and services without having to worry about the underlying infrastructure since cloud providers do the heavy lifting. With PaaS, developers and programmers gain access to not only IT infrastructure but also application/software platform and solution stack. Some of the examples of PaaS include AWS Elastic Beanstalk, Google App Engine and Microsoft Azure.

SaaS provides businesses with ready-to-use software that is delivered to users over the internet. All of the underlying infrastructure, including hardware, software, data storage, patch management and hardware/software updates, are managed by SaaS providers. SaaS is a subscription-based model, which requires businesses to subscribe to the services they want to use. Users can access SaaS applications directly through web browsers, which eliminates the need to download or install them. SaaS allows users to access web-based solutions from anywhere and at any time with an active internet connection. Some popular SaaS solutions include Microsoft 365, Google Workspace and Salesforce.

What are the benefits of cloud computing?

Cloud computing enables businesses to operate from virtually anywhere and with more efficiency. Some benefits of cloud computing include: